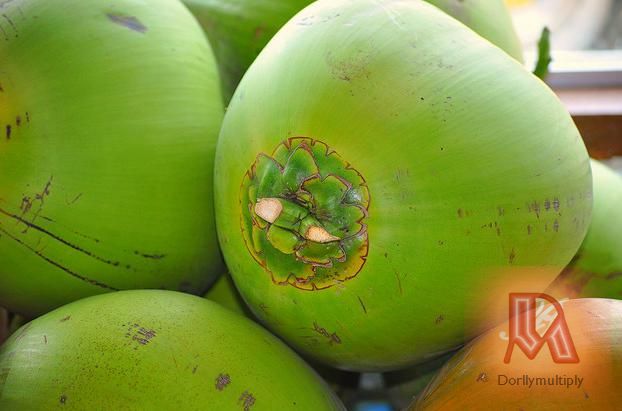 It relieves Urinary Problems. People who suffer from strangury, polyutra and other urinary ailments drink coconut water to relieve their symptoms.
Coconut Water Controls Vomiting, it is great at reducing vomiting. People who have typhoid, malaria, fevers or other ailments that are known to induce vomiting drink coconut water to settle the stomach. As such, coconut water is also a good thing to drink during a hangover.
Green or unripe coconuts can be found in Asian and West Indian markets. All coconuts that they sell are closed up to keep coconut water from losing its nutrients. So, if you plan on buying a coconut, you can ask someone to chop the coconut open or you can open it yourself at home and drink it.

Coconut Water is an Antibacterial. According to study…it contains monolaurin, an antiviral, antibacterial and antiprozoal monoglyceride that is used to kill lipid-coated viruses such as HIV, Herpes, cytomegalovirus, flu and various pathogenic bacteria. Coconut Water Hydrates the Body too. For this reason, many athletes and persons who work out regularly are encouraged to drink coconut water to replace all the minerals and fluid that they lose while working out.

Coconut Water is Used in Blood Transfusion.
Coconut water is almost identical to blood plasma and this makes it easy to use for blood transfusion. In cases of emergency coconut water has been used as an intravenous hydration fluid instead of the standard IV fluid.